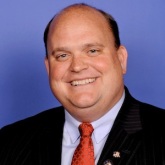 The Manufacturing Caucus, founded in 2003, hosts briefings and roundtable discussions with industry experts to help support and spur job creation in manufacturing and associated industries.

Reed, who began representing Chautauqua County in Washington at the start of this month, said he is excited to be working with Congressman Ryan to continue to build the caucus’ reputation as a voice and a resource for the manufacturing sector, adding that it is a a group whose success is vital to our country’s ability to make a strong economic recovery.

Reed says a key focus of his for the Manufacturing Caucus is natural gas development.

The Caucus will hold its first event of the 113th Congress on February 5th when it will host a “Manufacturing 101” event in Washington. Representatives from local manufacturer Cummins, the National Association of Manufacturers, and others will speak to Members about what obstacles the industry currently faces and what steps they would like to see Congress take.