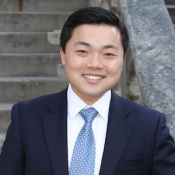 JAMESTOWN – The man running against Congressman Tom Reed (R-Corning) for the newly drawn 23rd Congressional District is criticizing his opponent for his unwillingness to participate in several debates. Nate Shinagawa (D-Ithaca) says Reed’s campaign is denying the voters in all three western counties of New York’s 23rd Congressional District – which includes Chautauqua County – a chance to view a debate with his opponent over television, in person, or over the radio.  Chautauqua County is the most heavily populated county in the new 23rd district.

Earlier this year, the League of Women Voters of Chautauqua County had confirmed two debates between Shinagawa and Reed to take place later this month, but they have since been cancelled. This has drawn the criticism of not only Shinagawa, but also the League of Women Voters – which has traditionally hosted a debate between all previous local congressional representatives and their opponents. This includes current congressman Brian Higgins (D-Buffalo), along with past representatives Jack Quinn (R-Buffalo) and Amo Houghton (R-Corning). 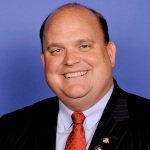 While Reed says there will be three debates, in actuality, there will only be two public debates. The only televised debate will appear on WETM, the NBC Affiliate in Elmira, on November 1. One other debate is confirmed on October 26 at Hobart William and Smith Colleges in Geneva, NY.

A third debate between Shinagawa and Reed will held by the Jamestown Post-Journal, with the comments offered in series of articles in the newspaper. WRFA has requested that both candidates allow us to sit in on this debate, but we have been told it is a closed event intended for the newspaper only. As reported yesterday on WRFA, The Reed campaign has publicly stated they will agree to no other debates.